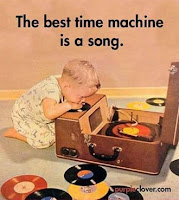 These are links to great music available on the web, mostly on YouTube or VEVO.   Click on links to find one or a serious of related music cuts.

50s Birth of Rock and Roll

Young people born during WWII who grew up in the 1950s were called the War Babies or bobby soxers. A small generation, these kids were older teens in the late 50s when rock and roll first became prominent; as young adults, they missed the drugs, the long hair, and for many, even missed Vietnam which came later. Their numbers are quickly falling off since they're now in their late 70s or early 80s. They were more clean cut and just beginning to be influenced to rebel musically during the birth of rock and roll.
Top 50 best of the 50s

Teen Queens of the 50s

Baby boomers were born starting in 1946 after American soldiers returned from World War II.  Children of television and rebellion from the stifling 1950s, these kids in puberty were heavily influenced by radio, rock music and these were teens who were both seen--and heard!

The nation's largest generation didn't stop listening to music in the 1960s... as they grew older, they became fans of the music as it developed for the rest of the Twentieth Century.

The British Invasion FB -
Below are links to popular 1960s hitssongs they've uploaded on their FB site, mostly live performances.  Lots of boomers know these songs well but never saw the original artists perform them in concert or on TV before MTV was created.

The Hollies  He ain't Heavy
The Troggs   Wild Thing
The Moody Blues    Nights in White Satin
Led Zepplin     Song Remains the Same
The Tremeloes  Candy Man    Silence is Golden
Rolling Stones     Time is on my side     Honky Tonk Woman
The Beatles    Hey Jude Live in australia
14 mins     Snippets 6 minutes
Trailer of Yellow Submarine     If I Fell
Uriah Heap   Easy Livin'
Cream  Sunshine of Your Love
Peter Frampton    Show Me the Way
Dave Barry      The Crying Game 1966
The Kinks  You Really Got Me
The Who   Pinball Wizard
Mindbenders  Game of Love
Nashville Teens   Tobacco Road
Herman's Hermits   Dandy
Peter and Gordon, Nobody I know 1964    World Without Love
Animals   We Gotta Get Outta This Place
Moody Blues  Nights in White Satin
Chad and Jeremy   A Summer Song     What a Wonderful World

Radio Chickenman Episode
Chickman was a popular Top40 radio station feature played by some stations across the country
.

The Vietnam War
1965-1973
Pop music was heavily influeced by the war which brought thousands of young baby boomers to the streets in protest of President Johnson's and Nixon's war in SE Asia.  These are links to the pop songs reflecting this unsettling time when 50,000 American soldiers died in a faraway war that turned unpopular.

Eve of Destruction - Barry McGuire
Most pop radio stations wouldn't play this popular song but boomers dropped quarters in bar juke boxes to hear it over and over.

Good Morning Vietnam
A film stars late comedian Robin Williams portrays a deejay who performed at American Forces Vietnam Network in Siagon during the war.   These are considered Williams' best bits, many of them were Robin's unscripted improvisations that were left in the movie.

Coca-Cola teaches the World to Sing
First as a singing 60s commercial for Coke, this jingle song became a popular hit.  This link also takes you to America's (and Britain's, Ireland's and More) Got talent competition of mostly young amateur people with incredible talent vying to win their weekly contests.  Judges included Simon Cowel, a witty personality contestants tried hard to please on this show which has run, and been copied, for decades.

"Hair" Let the Sunshine In (Hair was a counterculture Broadway play and then 1968 movie making social statements about The War, free love and sex, drugs, and other taboo subjects.   This musical movie clip depicts young recruits about to go unwillingly off to war.)

We Are The World
Every once in awhile, everyone just needs to see this fundraising video again that stars some of the greatest singing artists of our time!

We Are the World" was a charity single originally recorded by the supergroup USA for Africa in 1985. It was written by Michael Jackson and Lionel Richie and produced by Quincy Jones and Michael Omartian for the album We Are the World. With sales in excess of 20 million copies, it is the eighth best-selling physical single of all time.Wikipedia.  Recorded: January 28, 1985
Queen - Live Aid
21 min medley, Wembley, Eng (1985.) Considered their best performance.

This complete concert has been removed multiple times by music owners but then uploaded in segments to show the incredible talent of gay Queen lead singer Mercury, a complex man who tragically died of Aids at the height of his musical career.

A movie was made of his life called Bohemian Rhapsody in 2018 chronicling his life--and the clip compares the film starring Rami Malek to Mercury's own stage performance.

The late lead singer Freddie Mercury has been called by many as the best performing voice in history. Here is an incredible video performance of Mercury and opera singer Montserrat Caballe performing in Barcelona in 1978 that demonstrates his voice and performing versatility.  It's awesome if you are a classical music fan.
Slow Ballads 60s-80s
Stairway to Heaven - Heart Tribute to Zeppelin 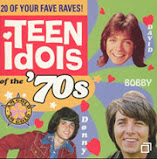 Familiar pop music makes them hits.  Starting in the 1950s, Top 40 radio appealed mostly to young boomers and the format continued with each subsequent generation;   What made the AM radio station hits were record sales and stations played them and often introduced them to their listeners.  They played the songs over and over and have been known for short playlists of about 40-50 songs, rotating over and over, sometimes peppered with oldies from the few previous years.

Single artists, boy bands, girl bands sought to break into national attention through radio.  More recently, Justin Bieber became one of the biggest and like many, this Canadian became a teen idol.

Michael Jackson Hits
Selected Michael Jackson musical cuts of nearly fifty years
Jackson was called "The King of Pop" and was the most popular  singing and dancing star of modern times,   Despite evidence he had an unhealthy interest in young boys, the scandal did not destroy his popularity which continued beyond his death to drugs in 2009.
American Bandstand Themed Pgm Teen Idols w Dick Clark

Entertainment Tonight:  Show about Teen Idols Then and Now)  clips


Movies have always influenced music and music has always influenced the movies. Start of it was in the 1940s and 50s with the great MGM musicals; but then Hollywood developed dramatic films which created many pop hits from their soundtracks. Here are some of them:


Judy Garland
Somewhere Over the Rainbow

The Wizard of Oz
Judy Garland Somewhere over the Rainbow;  Most famous and loved movie Music videos of the 20th Century from MGM, Warner, YouTube stringed together to play.


"Somewhere over the Rainbow"
Israel "IZ" Kamakawiwo'ole
(from the film 50 First Dates, and others)

How the West Was Won
Powerful movie orchestrations of musical drama with Debbie Reynolds and more  YouTube  videos stringed together to play .     Overture


From a cartoon to a big pop hit

Somewhere Out There
" Fievel from "An American Tail" 1986
Linda Ronstadt & James Ingram
This was the pop hit video that swept the country after the cartoon film was released.

Louis Armstrong
"What a Wonderful World"
The late great Trumpeter made this his signature song which has appeared in several good feeling movies.   Here also are more classics from YouTube

Blues Brothers Movie
Everybody needs Somebody"
(from the 1980 movie)
Aretha: Think

Deliverance
Dueling Banjos
Another classic film generated a pop hit that was a curiosity in a complex movie of adventure and a clash of cultures in America's deep south.

Dance Music of the 1950s
Dirty Dancin
Perhaps the best dance movie every made, starring the late actor Patrick Swayze as a dance instructor at a holiday Catskills resort and Jennifer Gray as a young guest who fell in love with him.

Whitney Houston
Live from "The Bodyguard"
Houston, who died of a drug overdose, was a talented actress and pop singer who started in a film about herself and her bodyguard.

Sister Act "I Will Follow Him"
This is a story of an inner city Catholic school starring Goldberg acting as a Vegas singer hiding out in the school for her own protection from the mob, and how she converts the school's choir into a success even drawing the Pope to hear them sing classic pop hits;  an inspirational, feelgood story of teenagers needing and getting inspiration.


Lean On Me - School Song Bathroom scene 1989
Another classic film produced  in 1989, starring Morgan Freeman as a tyrannical school principal in New Jersey.   Lean on Me at an All school Assembly; bathroom scene Principal confronts the students.

Best Blues
A type of African-American music that was first developed in the Mississippi Delta region at the end of the nineteenth century, the blues is difficult to define. Some people think of the blues as an emotion; others regard it primarily as a musical genre characterized by a special blues scale containing twelve bars and three chords in a particular order.

Its influence on jazz, gospel music, theater music, rock, soul, hip-hop, and almost every form of popular music since the 1920s has been enormous.

BB King: The Thrill is Gone

Rat Pack - Birth of the Blues


Leonard Cohen
Hallelujah -
Songwriter Leonard Cohen Live in London sings his own, an inspiring melody and lyric sung all over the world in schools, cathedrals, TV shows, and even pop artists.

The Voice of Poland

Young boy belts out When a Man Loves a Woman

A surprising number of people are seriously into POP Gospel and many people hardly know it exists...and then they are surprised.

Britain's Got Talent;  Collabro was such an act.

Britain's Got Talent: Susan Boyle
A surprising broadcast when an older, plain looking woman surprises the judges and the audience with a magnificant voice that brought her instant fame.  When asked who she wanted to be like, she said famous European singer Ellen Page, and it was later she sang a duet with Page.
Susan Boyle and Ellen Page  In Concert


Jonathan 17 and Charlotte 16: Another surprise...gotta see this.

Schlinder's List (Cello)
Soloist plays the moving theme from the film about the a hero saving many Jews from the Holocaust, the scene is Budapest's largest synagogue, a live performance) 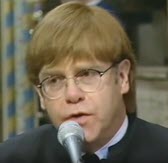 Elton John
"Candles in the Wind"
Lady Di's Funeral 1997 full video
Reworked after the death of Lady Diana,
Elton wrote this as a tribute to Marilyn Monroe.
He sings it at her funeral shown here.

Bette Midler - after 9-11 at Yankee Stadium
Live performance in 2001 of her signature song, Wind Beneath My Wings

Flash Mob Videos
-- around the World

Anntwerp train station "Do Re Mi"