BestLINKS US: Political links and truthwatching TV and websites, ethics in journalism "/>

What's real, what's fake?
Who's getting into my head?    Today's "News"
and "Political Opinion" sites are confusing.

Why do they mix both? Here is some reading. 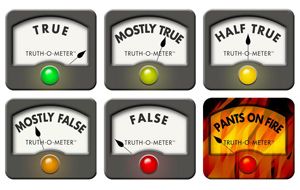 How to Spot Fake News

How to Tell if a Site is Reliable
Lee College

Other sites, often with 'tea party' or 'conservative' in their names, constantly monitor these more radical right wing sites.

You'll see they often 'cut and paste' their stories (without checking them) into their own pages. So look at the small print near the bottom of the posts to see who actually wrote them.

What about Fox's "Fair and Balanced" slogan?

It was a slogan stolen by the Fox promotion department from a journalism school ideal.  Fox was not founded to be objective but rather to be a pseudo news voice for conservatives. They have been true to that objective since their beginning.    Here's how a very astute commenter wrote in Quora.com that explains what all career journalists learned early in their careers:

"Fox News Channel, which is registered as an entertainment channel, first went on the air in the 1990s. They give both sides of the story: the right-wing side, and the very right-wing side. Anything else, according to them, is just an attempt to undermine Republicans.

Given that they have the word News in their name, they clearly want to be thought of as very fact based by their viewing audience. They do carry some actual news; but the vast majority of the time they’re just pushing fear and anger with a hint of hope (hint: it’s always right-wing hope).

Mockery of the news is nothing new, like with The Onion. Spinning propaganda as fact has been true in the US for ages, but not so much on actual news shows and in journalistic outlets, like newspapers.

People can and have been fired for breaking a story without proper due diligence into all the facts, as Dan Rather can tell you after he reported on George Bush’s missing National Guard sign-ins without enough vetting of his evidence.[1]

When was the last time you heard of Fox News Channel firing anybody for being factually inaccurate, let alone lying?

In any event, stick to real fact-based journalism, including most parts of solid newspapers that put a wall between their editorial page and their news pages. Reuters, ProPublica and the BBC are generally solid in their reporting."

After Fox executive Roger Ailes was forced out, they dropped "Fair and Balanced" and replaced it with equally misleading slogan, "America's Newsroom."  The webmaster of this site, a career TV journalist, assumes Fox employees and those at other pseudo-news websites opted not to take the college elective, "Ethics in Journalism."

OKAY THEN. Now...
Back to BestLINKS